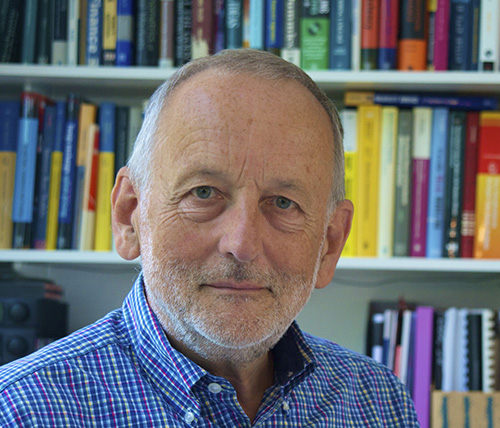 It is with great sadness that we write to inform you that Professor Mark H. A. Davis has recently passed away. He died after a difficult, nine month long battle with cancer, supported by his beloved wife Jessica.

In his career Mark made impactful contributions in many fields in which he created communities of fellow researchers and inspired others. He obtained his PhD in 1971 at UC Berkeley, having previously read Electrical Engineering at the University of Cambridge. He then worked at Imperial College London making fundamental contributions to the field of stochastic control and initiating the study of piecewise deterministic Markov processes. During this period, Mark was a visiting scholar at world leading institutions including Harvard, Stanford, University of Oslo, MIT and University of Vienna.

He moved to the banking industry in 1995 taking up the position of Head of Research and Product Development at Tokyo-Mitsubishi International. He returned to Imperial College London in 2000 where he founded the Mathematical Finance group within the Department of Mathematics and became the first director of a hugely successful MSc program, from which many graduates went on to join the finance industry. Mark was a towering figure in mathematical finance research, making seminal contributions across the board, notably in the areas of utility maximization with transaction costs, portfolio credit risk contagion modelling, risk sensitive control and management, and robust pricing and hedging. He was awarded the Naylor Prize by the London Mathematical Society in 2002 for his “contributions to stochastic analysis, stochastic control theory and mathematical finance”.

Mark was Editor-in-Chief of Stochastics and Stochastic reports for 17 years and one of the founding editors of the journal Mathematical Finance. He was a Fellow of the Royal Statistical Society, a Fellow of the Institute of Mathematical Statistics and an Honorary Fellow of the Institute of Actuaries. He wrote influential books on stochastic modelling, control and on risk sensitive investment. Last year Mark published ‘Mathematical Finance: A Very Short Introduction’ in the renowned OUP series. The book truly conveys his grasp of the whole field combined with his capacity to communicate research to a wider public.

Mark’s research has made a profound impact on our field and as a person, he deeply influenced many of us. He combined sharpness of mind, wisdom and humanity. He was a great colleague, a dear friend and a delightful companion. His wonderful sense of humour and disarming laughter will continue to resonate. He will be dearly missed.